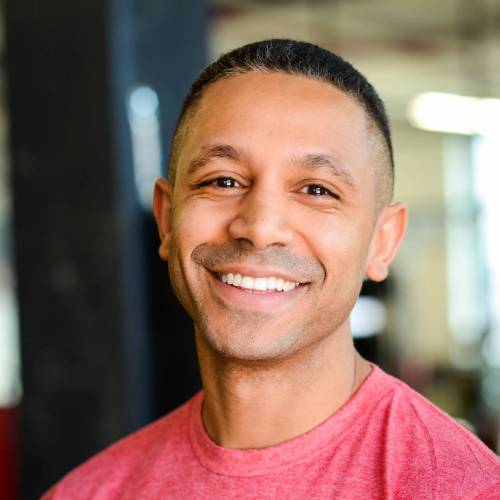 A native of Chicago, Luis has been an athlete a majority of his life. He followed in the family tradition as a baseball player in hopes of playing ball in the big leagues. Unfortunately, this fell short due to a rotator cuff injury in 2001. After the injury ,he kept playing ball in the semi pro leagues, but eventually lost that fire and completely stopped the sport in 2005. After a few years off from any athletic activity, Luis lost control of his weight. At that moment, he decide he needed to turn his life around and joined a neighborhood gym where he trained at off and on for a number of years - until he spotted the CrossFit games on ESPN in 2011. A few months later he joined a CF gym and never looked back. Luis has participated in numerous CrossFit competitions, but has found his true passion in competing as a weightlifter, both nationally and internationally, in the Masters division.